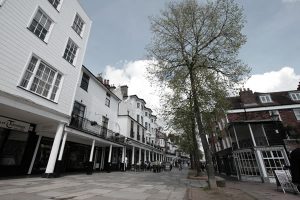 Barkley Home Removals offer a locally based professional and reliable removals service for customers moving to or from Tunbridge Wells in Kent.

We don’t just cover Tunbridge Wells, we also offer other removals services for Burgess Hill, Haywards Heath, Heathfield, Lewes, Uckfield and surrounding areas in Kent and Sussex, if your town or village isn’t listed, just give us a call.

If you need storage we also offer storage near Tunbridge Wells.

Located at the northern edge of the High Weald, the sandstone geology is visible around the town, particularly at the Wellington Rocks and High Rocks.

Tunbridge Wells was founded as a spa in the Restoration and had its heyday as a tourist resort under Beau Nash when the Pantiles and its chalybeate spring attracted visitors who wished to take the waters. Though tourism waned with the rising popularity of sea bathing, the town still remains popular as a tourist destination today with plenty to see and do.